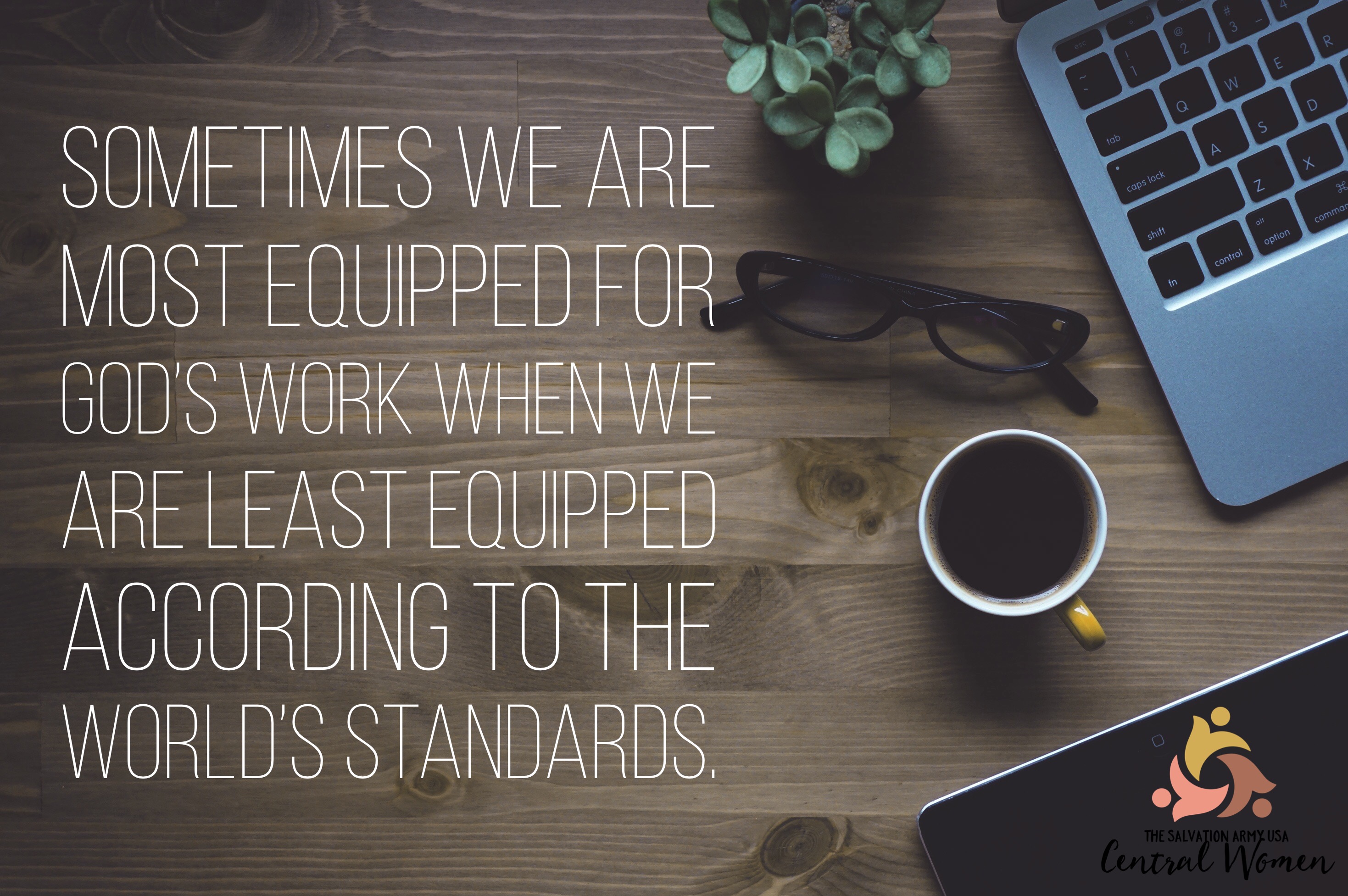 Equipped or stripped….or both?
Judges 7:2 & 7 The Lord said to Gideon, “You have too many men. I cannot deliver Midian into their hands or Israel would boast against me, ‘My own strength has saved me.’ The Lord said to Gideon, “With the three hundred men that lapped I will save you and give the Midianites into your hands. Let all the others go home.”
If you haven’t read the whole story of Gideon in a while, it’s a good one (Judges 6-7). God told Gideon to save Israel out of Midian’s hand (Judges 6:14) so after a few tests he obediently began his campaign to rid Israel of the evil Midianites. Like a good warrior he equipped himself for the battle by gathering 32,000 men. But God said it was too many. After 22,000 left God said it was still too many. When only 300 men were left God said, “Now, you are ready” (my own words).
Sometimes God’s equipping is more like stripping, stripping us of our comforts, our resources, our familiarity, even our experience. Sometimes we are most equipped for God’s work when we are least equipped according to the world’s standards. Sometimes our most broken and vulnerable experiences turn into the greatest assets for ministry. Sometimes, it is precisely in our empty handedness that God’s hand can do the best work through us.
Perhaps today you are feeling inadequate, undertrained, insufficient, ill-equipped, and underfunded for whatever task is before you. Perhaps this is the best place for you to be in this moment. I hope these feelings will knock you to your knees so that your full dependence will be on God for your equipping. Being confident of God’s call, we can look to Him for our success rather than to our own abilities.
Success in God’s kingdom comes from complete obedience and dependence upon Him. Being equipped for this success sometimes looks a little more like being emptied ….but maybe that’s the point.
PROCESS
____________
What talents or abilities do you have that you tend to rely on instead of God?


Have you ever felt completely vulnerable and broken? How could God want to use that moment for his glory?


Is there a place God is asking you to step out of your comfort zone in reliance on him?

It was a sweet day for the Territorial Women’s Ministries Department as we witnessed ...