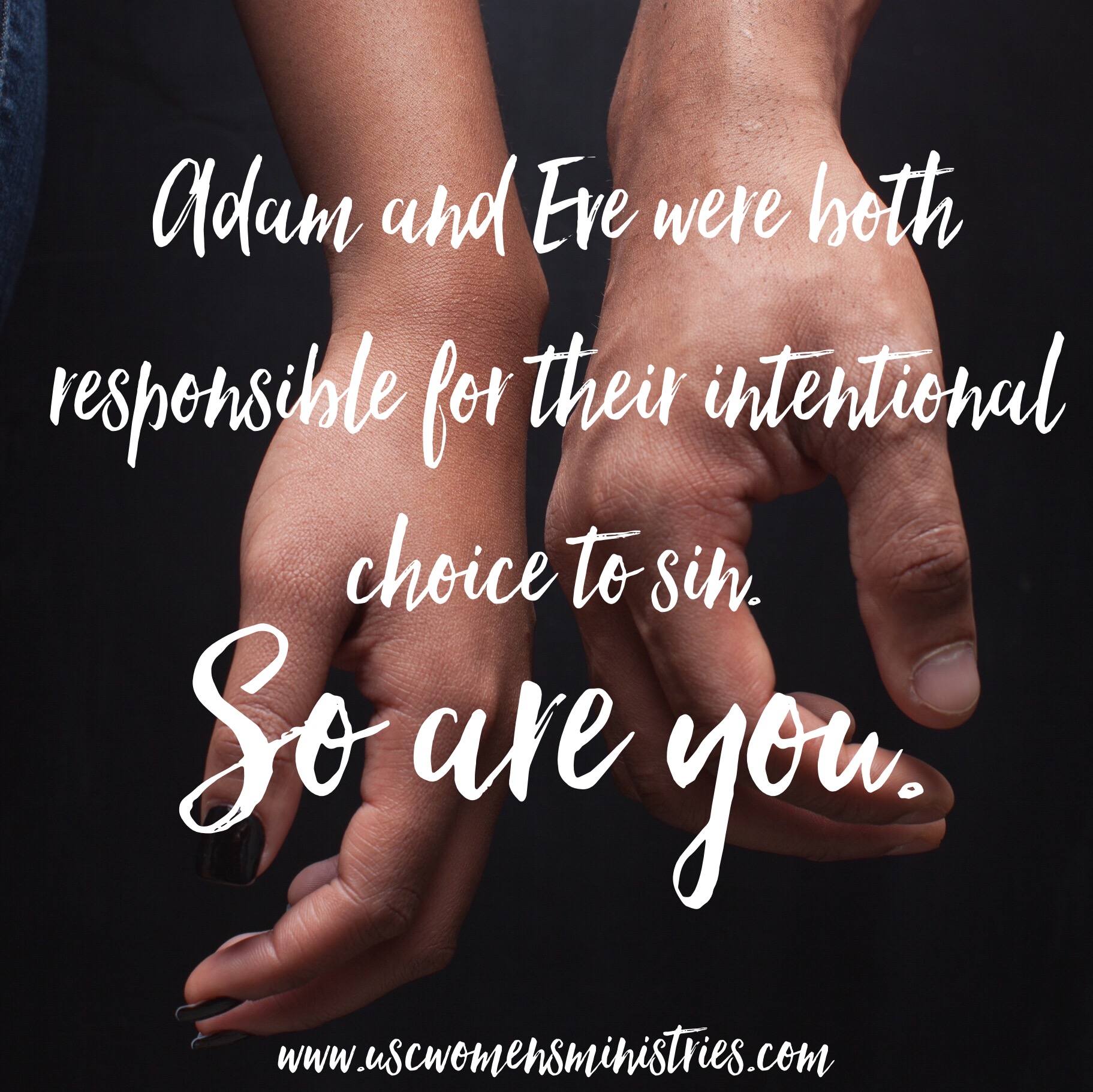 The Sin
The serpent’s strategies certainly were effective, and they led to both Eve and Adam committing sins against God.  For too many years, Eve has been the source of jokes and ridicule.  You know the stories…
Q: Why was Adam created first?
A: To give him a chance to say something.
Q: What excuse did Adam give to his children as to why he no longer lived in Eden?
A: Your mother ate us out of house and home.
For many, it is as if women were the cause of sin in the world today.  But we cannot afford to be drawn into this debate—whether it is real or for fun—because it diminishes the truth that God has created mankind in His image, and the enemy seeks to retell the story.  To joke about Adam and Eve is to make light of the event which is now and forevermore referred to as “The Fall”—an event which has impacted the lives of every man, women, and child throughout the course of human history.  Adam and Eve were both responsible for their actions, and both intentionally chose to commit sin.  In the spiritual realm, who sinned first is not as important as the fact that mankind, created in the image of God, sinned.
What was their sin?  It wasn’t simply being tempted, as we have seen in the serpent’s strategies.  If being tempted was a sin then Jesus would not be the “lamb without blemish” (1 Peter 1:19) as he was tempted in the desert (Matthew 4:1-11).  And it wasn’t the act of eating the fruit.  Don’t forget that Genesis 1:11-12 tells us that God created it: “11 Then God said, ‘Let the land produce vegetation: seed-bearing plants and trees on the land that bear fruit with seed in it, according to their various kinds.’ And it was so. 12 The land produced vegetation: plants bearing seed according to their kinds and trees bearing fruit with seed in it according to their kinds. And God saw that it was good.” Digesting the fruit didn’t in some way bring evil into the bodies of Adam and Eve.  After all, the fruit was good.
Adam and Eve’s sin was that they believed they knew better than God what was best for them.  God had warned them not to eat of this fruit: “17 But you must not eat from the tree of the knowledge of good and evil, for when you eat from it you will certainly die” (Genesis 2:17).  But they did it anyway.  They did it because they believed the lies of the enemy and wanted to be like God. They chose not only to trust themselves over God, but to elevate themselves to a position above God. They knew best what was right and wrong. They knew best what they needed, even though God had created them in His own image. They knew best what pleased them, and found it more important to please themselves than to please God. Some theologians have referred to this as self-idolatry. And friends, that is no laughing matter.
Perhaps this is what Paul was thinking about when he wrote, “A little yeast works through the whole batch of dough” (Galatians 5:9).  Though he was speaking in the more corporate sense of the church, it also applies individually.  When the enemy gains a foothold in us, it can quickly spread throughout our entire lives.  I think that is why I like the chorus in our songbook,

If on my soul a trace of sin remaineth,
If on my hands a stain may yet be seen;
If one dark thought a wearied mind retaineth,
O wash me, Lord, till every part be clean.
For I would live that men may see thyself in me,
I would in faith ascend thy holy hill,
And with my thoughts in tune with thy divinity,
Would learn how best to do thy holy will.

The proper response for men and women who are created in the very image of God is to consistently seek to be inspected and cleansed by the Creator—“till every part be clean”—taking back the foothold the enemy has gained, and being restored for the purpose to which we were created.
If you remember anything this week, dear friends, I would want you to remember this.  The enemy is powerful and will utilize any strategy at his disposal to cause you to turn from Jesus and stumble.  But “You, dear children, are from God and have overcome them, because the one who is in you is greater than the one who is in the world” (1 John 4:4). 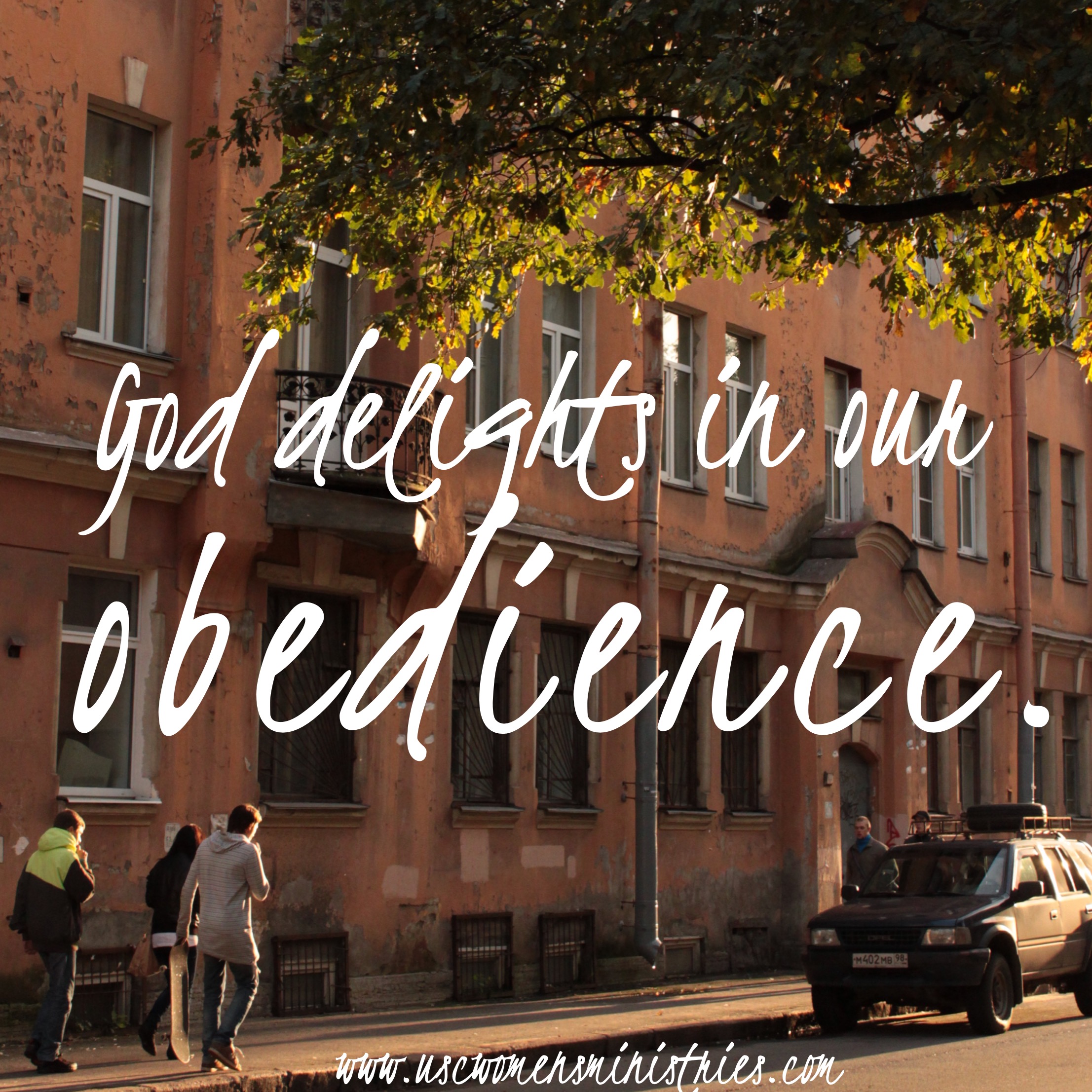 Christ’s sacrifice began in Eden, as He prepared even then to come in the ... 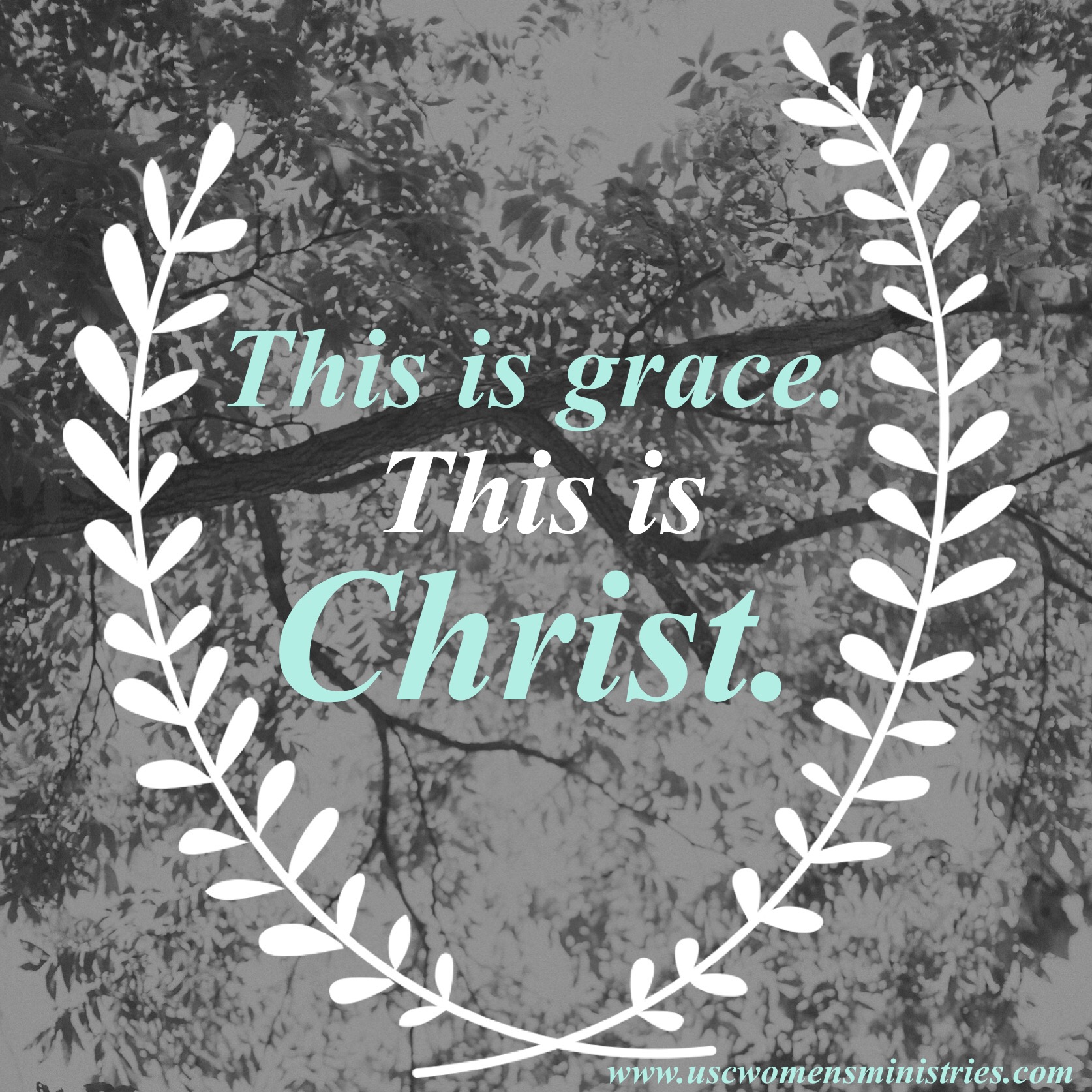 Gethsemane – The Garden Restored Jesus must have defined work differently than we do.  ...

Read Matthew 7  Discussion Questions Is there a danger of judging others by their ...